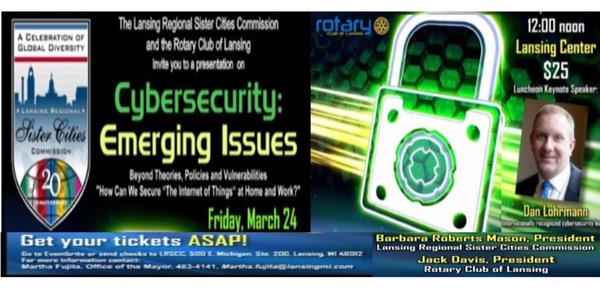 Daniel J. Lohrmann is an internationally recognized cybersecurity leader, technologist and author.  During his distinguished career, Dan has served global organizations in the public and private sectors in a variety of executive leadership capacities, including enterprise-wide Chief Security Officer (CSO), Chief Technology Officer (CTO) and Chief Information Security Officer (CISO) roles in Michigan State Government. Dan has been named: “CSO of the Year,” “Public Official of the Year,” and a Computerworld “Premier 100 IT Leader.” Dan Lohrmann joined Security Mentor, Inc. in August 2014, and he currently serves as the Chief Strategist and Chief Security Officer for the company that first pioneered “fun security training.” Lohrmann is leading the development and implementation of Security Mentor’s cyber training, consulting and workshops for end users, managers and executives in the public and private sectors.

Dan started his career at the National Security Agency (NSA). He worked for three years in England as a senior network engineer for Lockheed Martin (formerly Loral Aerospace) and for four years as a technical director for ManTech International in a US / UK military facility. Lohrmann is on the advisory board for four university information assurance (IA) programs, including Norwich University, University of Detroit Mercy (UDM), Valparaiso University and Walsh College. He is the author of two books – Virtual Integrity: Faithfully Navigating the Brave New Web and BYOD For You: The Guide to Bring Your Own Device to Work. Mr. Lohrmann holds a Master’s Degree in Computer Science (CS) from Johns Hopkins University in Baltimore, Maryland, and a Bachelor’s Degree in CS from Valparaiso University in Indiana.