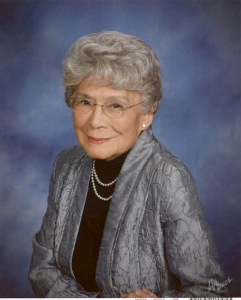 LRSCC Vice President and founding member Lillian Kumata passed away unexpectedly at her home on April 2, 2013. Lillian was a key piece of the Sister Cities Commission, and a dear friend to those who knew her.

In her 56 years living in East Lansing, Lillian was deeply involved in local, national, and international volunteer activities, many for which she received awards recognizing her outstanding service. When she wasn’t serving her community through Sister Cities, she was contributing her time and talents to organizations such as the American Red Cross, MSU Community Volunteers for International Programs (CVIP), and the Michigan-Shiga Sister State Program.

Locally, she was a recipient of MSU’s Distinguished Staff Award in 1978, the East Lansing Crystal Award in 1992, the Homer Higbee Award in 1993, the State of Michigan’s Lifetime Achievement Community Service Award in 1998, and the MSU International Studies and Programs’ Special Recognition Award in 1998.

In 1995, the American Red Cross presented her with their Cultural Diversity Award, and in 2000 she received the Millennium International Volunteer Award from the U.S. Department of State and USA Today.

In recognition of her international service, Lillian was given the Order of the Sacred Treasure, Gold and Silver Rays, by the Emperor of Japan in 1999 for strengthening ties between Japan and other countries.

Lillian played a pivotal role in organizing CVIP’s Global Festival for more than 50 years, an event designed to increase international understanding in the local community by allowing international students at MSU to promote their culture through performance and other exhibits. In 2009, she was presented by the NAFSA: Association of International Educators with the Hugh M. Jenkins Award for Excellence in Community Programming for her work with the event.

While Lillian will be greatly missed by the LRSCC and all who knew her, her memory will continue to inspire those working to strengthen the ties between the Lansing community and the rest of the world.